The digital ink was barely dry on my monitor after we castrated the mythical gender wage gap when someone raised the specter of the gender pay gap in Hollywood and professional sports.  Every time I read an article on this inane topic my first thought is to check The Onion to be sure the article wasn’t tongue-in-cheek and I missed it. The topic would be hilarious if people weren’t taking these jokes seriously.

To start with, am I the only one who sees the irony of multi-millionaires using a socialist argument to increase their filthy lucre?  (Titus 1:11 — yes, in the Bible.  I am not a heathen.) How it is an actress like Jennifer Lawrence is not using at least one of her faces to announce she is redistributing the $48 million she was paid when she was 27? When is enough, not enough for socialists? (sarcasm font)

To be fair, we can’t expect this ninth grade dropout who has never had any job except make-believe to understand how the real world works.  I am not sure that she ever understood, but at one point she did say that she got paid less because she did a poor job of negotiating.

Show of hands – everyone who believes cutthroat movie moguls are delighted to pay “people with dicks” (Jennifer’s words, not mine) more than they have to?  Turns out they do discriminate though – against people with poor negotiating skills regardless of gender.

How about professional sports?  Is it fair that the prize money for say, PGA (male) golfers is so much higher than for LPGA (ladies)?  Same question for professional tennis.

Why pay people to play games they love anything at all?

We do so because millions of people pay billions of dollars to attend, watch and buy related stuff.  Statistics on how many people watch and how much is made in ticket prices, TV contracts and advertising dollars are a maze so I will use U.S. average TV viewership of major golf tournaments as a proxy to make the point.  You have to go through seven men’s tournaments and about 34 million viewers before you get to the largest women’s tournament viewership at 800 thousand.  Note that the largest women’s tournament generates a little more than half of the 7th largest men’s tournament.  If that ratio holds true for all revenues generated, male prize money should be more than 34 times larger than that for the ladies. 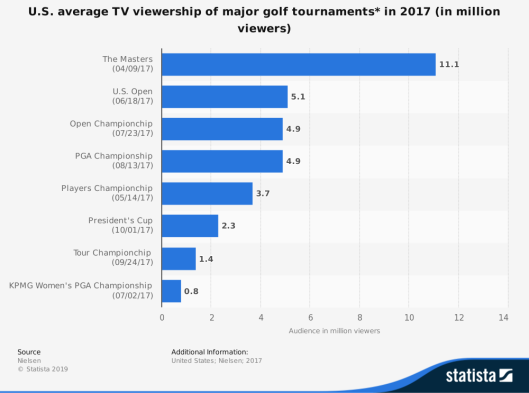 The same holds true for other major sports with the possible exception of soccer where women are awesome and the men act like little girls when they get boo boos.

Professional tennis ignored economics and bowed to social pressure several years back so that men’s and women’s prize money is equal in all major tournaments.

The article, “Yes, Tennis Earnings at the Majors are Biased.  Against the Men”  includes comments by the Serbian star Novak Djokovic arguing prize money should be “fairly distributed” based on “who attracts more attention, spectators, and who sells more tickets.” Ion Tiriac, the owner of the Madrid Open, joined the chorus, arguing that it made no sense for him to pay women the same when they produced so much less in TV revenue.

John McEnroe, who was an obnoxious brat as a player has become a great commentator.  Much like Johnny Miller in golf, he often offends politically correct snowflakes by – the horror – telling the truth and, in public no less!  This was the exchange on CBS about Serena Williams:

Garcia-Navarro: Some wouldn’t qualify it, some would say she’s the best player in the world. Why qualify it?

McEnroe: Oh! Uh, she’s not, you mean, the best player in the world, period?

Garcia-Navarro: Yeah, the best tennis player in the world. You know, why say female player?

McEnroe: Well because if she was in, if she played the men’s circuit she’d be like 700 in the world.

“The Los Angeles Times, CBS, and other news outlets ran stories with headlines like, “John McEnroe refuses to apologize for Serena Williams’ comments,” insinuating that anyone who doesn’t agree with the insane proposition that Williams could beat the likes of Roger Federer or Rafael Nadal should apologize. Gotcha!”

Most reasonable people recognize the absurdity of claiming that female and male athletes are equal.

Chris Evert, clearly one of the all-time great female players, once admitted

she couldn’t beat her brother, Drew,

a collegiate player who never made it on the male tour.

But for those who don’t, there is an easy way to prove their point and let women earn equal prize money.  Combine the men’s and women’s sports, let the women play as equals and see what that does to their earnings.  Wait, let me get out of the way so I don’t get hurt in the stampede. 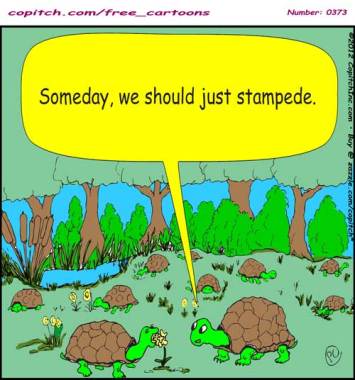 In the land of milk and honey, I applaud women who want to earn more honey.  But to earn equal honey, Honey they need to figure out how to produce more milk.